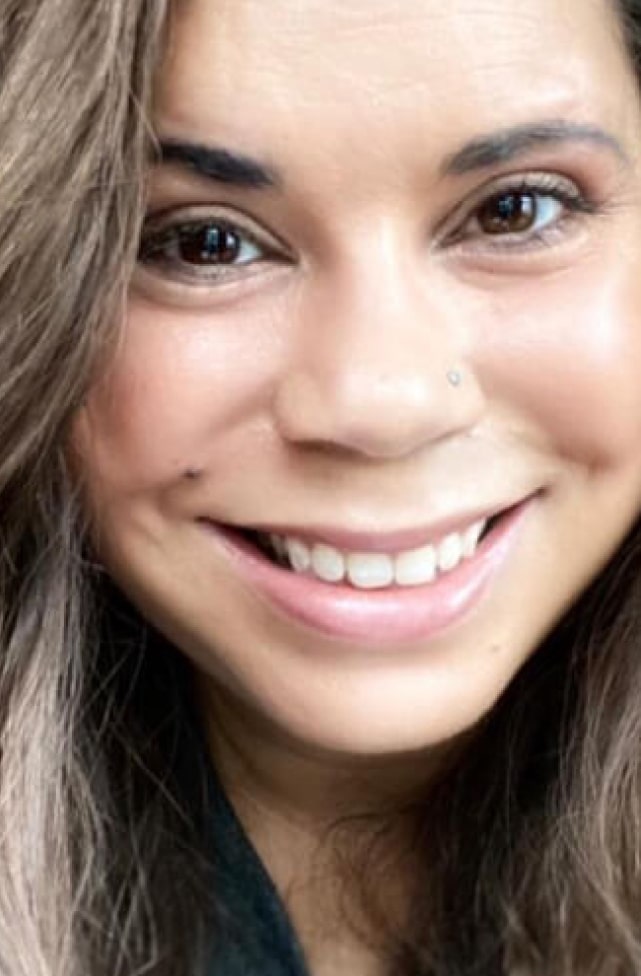 Go for Gold changed Meggan’s life. And when she heard about our Home-Based Revolution program, she knew that she had to try that, as well.

Our Go for Gold program will always have a special place in Meggan’s heart. It’s not an exaggeration to say that it transformed her life. She was finally able to realize that she could do business and be her authentic self at the same time.

No one had ever shown her that before! With Go for Gold, she learned that she could achieve everything she wanted. And she didn’t have to compromise herself to do it.

The program showed her I “know my stuff”. So she didn’t think twice about joining Home-Based Revolution (HBR). She knew that it was going to be phenomenal.

Meggan had learned a TON about applying our business models at Go for Gold. But HBR teaches more ways to multiply streams of income.

She really wanted to jump on that.

She had literally just watched somebody she knew invest over $100,000 and five years to learn the same things offered in my course. And that still didn’t come close to Meggan’s results! They still had to work to figure it all out.

Meggan was able to skip that part, because I cracked the code for her.

After only two months in HBR, Meggan learned how much she could do.

Even her husband was absolutely stunned by her brilliance – he had no idea that she could do all those things. Meggan was creating courses and selling them. And people were giving her excellent testimonials. Every day was an exciting journey for her.

She met amazing entrepreneurs she enjoyed working with. And within just 8 weeks, she’s returned 20 times the investment that she put into HBR.

New ideas are flooding in and she’s monetizing her skills. Her life is way cooler than she could ever have imagined.

Yours can be too!

Meggan had been giving away her knowledge for free for a long time. That was okay for a while… and then one day she asked herself:

Why aren’t you worth people paying for your knowledge?

She didn’t want to charge for every little thing that she taught, but what if people wanted to dig deeper?

That’s when you put a price on what you know.

It’s squaring away your worth. It doesn’t mean that you have to charge a million dollars for something. It can be $27 and people will happily buy it. This is important because it’s how you help people transform.

They can’t do it if they don’t have skin in the game. They’ll never reach the transformation that you want them to experience. And that’s a waste of your knowledge and time.

#2 Remember That You Don’t Have to Struggle

Before she started my programs, Meggan was too busy to spend quality time with her kids as often as she wanted. Her son even stopped asking her to read to him! Ugh, right?!

When it dawned on her one day that he had stopped asking, it was a wake-up call for her. She started wondering if her work was worth not having time to read to her son.

It was a life-defining moment when she decided to make a change.

Now she’s making more money and has more time for her family.

Meggan’s story shows that you don’t have to work non-stop to make things work out. You don’t need to hustle.

That’s not the way life should be. You can create the life you desire to live.

#3 Allow Your Mind to Expand

Being in debt was a great burden for Meggan. It was always in the back of her mind, consuming her energy.

When she finally paid off her debt, she felt like it expanded her mind.

Even though 2020 has been such a challenging year, it’s helped her grow in ways she couldn’t have imagined before.

So what’s her mindset now?

Meggan says that, one year from now, she sees herself making $100k a month.

Does that sound crazy?

But she’s totally confident she can do it! It sounded totally nuts when she first thought about it. So she didn’t have any resistance against it. And now, she can almost see how she can get there… because that’s what we do in HBR.

Meggan has got plans to help so many people – plans she’s had for 13 years. And now she’s finally making everything work.

Talk about being patient, right?

You don’t have to pay a fortune for helpful information. People are afraid that they might end up spending money on something they won’t be able to use.

As for Meggan, she wants her courses to be accessible. Her mission is to help families become financially free, and that’s why she doesn’t charge a ton of money. She understands the fear because she’s been there. She’s spent money on plenty of courses that didn’t pan out.

So don’t be too quick to judge something based on price. Something may cost a lot and not deliver a lot of value. In contrast, something might be affordable and overdeliver. And continue to add value over time.

Believe in Your Mission

I hope that Meggan’s story helps you realize that your dreams make sense.

Even if you have to wait a while, you can make them work!

You just need to know how valuable your knowledge is. You use it to help people. Is there anything more rewarding than that?

You can have time for everything and still make enough money to be financially free!

My HBR program can help you achieve all of these things. Make sure you message my FB business page @Livinthedreamwithmartha

The word “Meggan” so we can have a chat about whether it’s a good fit or not…no weird salesy talk, just real, let’s get down to brass tacks talk. Also, when you message the word “Meggan” you’ll get in at a little over HALF OFF :). So there’s that 😉